This letter, published with permission, was written by Tatiana Corcoran and addressed to her Gerson Practitioner, Dr. Cervantes at Health Institute de Tijuana, Mexico's only licensed Gerson clinic. Thank you to Tatiana for sharing her journey in order to encourage and inspire us all. Dear Wonderful Doctor Cervantes, My husband Tim and I hope you, your family and your loved ones remain safe and in good health during this challenging time. Now more than ever, my husband and I are(...)
The Gerson Institute
Read More In 1995, Dr. Melania Nagy was just 30 years old, and a few weeks pregnant with her second child, when she was diagnosed with early stage triple negative breast cancer. Being a veterinarian medical doctor herself with experience as a medical evaluator and underwriter, she knew her exact medical condition, as well as the prognosis and conventional treatments used. Being aware of the very low survival rate, Dr. Nagy agreed with the conventional treatment panel. Sadly, another big loss for(...)
The Gerson Institute
Read More How I Conquered Prostate Cancer

In 2012, Bill Holman shared his progress one year into being on the Gerson Therapy for prostate cancer, what helped him adjust and how he was feeling. Bill strictly continued the therapy for another year and has been cancer-free since! Many of you will remember Bill from his inspiring testimonial video on Gerson Basics Online. If you haven't seen that, watch the shorter testimonial video he recorded below. We checked in with Bill in honor of Prostate Cancer Awareness month(...)
The Gerson Institute
Read More AMY JOHNSON | SAINT LOUIS, MISSOURI It was May 2013, and I was curious about having a baby since I just turned 43, and the maternal clock was ticking loudly. While driving one day, I saw a billboard that said, "Fertility Partnership", and I thought, 'that sounds nice, I always wanted to have a partner to share the experience'. So I decided to make an appointment. Weirdly, the night before at 3AM, I was woken by a super sharp, knife-like(...)
The Gerson Institute
Read More 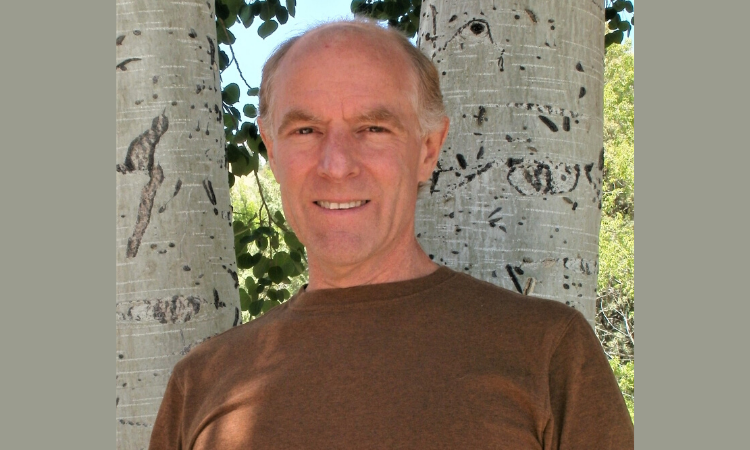 March 2010 was when I started the Gerson Therapy, and March 2012 was when I decided enough work had been done and discontinued my four coffee enemas per day routine*. As I write this on my eight year anniversary after completing Gerson Therapy, the following words are my way of paying forward with altruistic means for others who are still trying to figure out why good health is difficult to achieve. Gratitude I think the most important piece of information(...)
The Gerson Institute
Read More Relief from Migraine: Our Family’s Transformation with the Gerson Therapy

[caption id="attachment_13127" align="aligncenter" width="500"] The Herdell Family (from L to R: Richard, Josette, Patti, Jake and a family friend)[/caption]   According to the Migraine Research Foundation, more than 38 million Americans suffer from migraine, including my entire immediate family. Fortunately, our family has experienced tremendous healing of chronic migraines thanks to the Gerson Therapy and the wonderful team of doctors and advocates within the Gerson Institute. My brother, father and myself each developed migraines at various ages - my father(...)
The Gerson Institute
Read More Life After Gerson: My First Year Free of Lyme Disease

Read Part 1 of James' Recovery Story: "The Real Me is Returning" | Lyme Disease & the Gerson Therapy March of 2013 is my one-year anniversary of completing the Gerson Therapy for Lyme disease. And I have to report, so far, so good! My body has remained symptom-free and I have adjusted to what I call the “new normal.” I am now symptom-free, even with the life stress of leaving my close network of friends in San Diego, California to(...)
The Gerson Institute
advice for Gerson patients, Gerson Therapy, healing stories, life after Gerson, Lyme, Lyme disease, maintenance diet, natural treatment for Lyme disease, non-malignant conditions, Recovered Patients, your stories
12 Comments
Read More A Father’s Day Reflection: Catching up with Bree & Ned

In December 2015, we shared Bree's story about her father, Ned and his experience with the Gerson Therapy and why life, moments, and people are more important than cookies. This Father's Day, we followed up with Bree and her dad Ned to catch up on his experience as a new Grandfather and his reflections about his time on the Gerson Therapy: In 2000, my father decided to go in for testing because he had unchecked testicular pain for a(...)
The Gerson Institute
Read More Disease as Miracle: Multiple Sclerosis, the Healing Reminder and the Gerson Therapy

Nima Najafi was born in Teheran, Iran, a few months before the Iran-Iraq war began. His family left for Germany for eight years to escape war, finally immigrating to Los Angeles in late 1991, where he worked in the entertainment industry. Nima suspects that his family’s experience of constantly trying to escape the path of conflict had an impact on his body, as well as family pressure, stress, lack of sleep and holding emotions inside himself. In Los Angeles,(...)
The Gerson Institute
Gerson Persons, Gerson Therapy, healing stories, MS, Multiple Sclerosis, Recovery stories, Testimonials, your stories
Read More
1 2